PETUNJUK UMUM1. Tulis namamu di sudut kanan atas2. Bacalah setiap soal dengan teliti.3. Kerjakan dulu soal yang kamu anggap mudah.4. Periksa kembali pekerjaanmu sebelum diserahkan pada pengawas.A. Berilah tanda silang (x) didepan huruf a,b atau c didepan jawaban yang benar !Read the text to answer question number 1 and 2.To: RyanBuddy, I’ve just received news from Herdy. This afternoon Mrs Ida wants us to finish our projects at school. Please don’t come late. Our group presentation must be good next week!1. Why did the writer ask Ryan to come to school?A. To finish their project.B. To meet his teacher.C. To receive Herdy’s present.D. To ask for his buddy’s friend.2. What is the relationship between Ryan and the writer?A. Brothers.B. Relatives.C. Roommates.D. Classmates.Read the text to answer questions number 3 and 4.ANNOUNCEMENTSMP Pembangunan will celebrate its 17th anniversary on:Day/ Date : Saturday, 17 February 2014Place : Sport HallTime : 8.00 am – 11.00 amTo highlight this event, a special bazaar will be held together with music show of the school band featuring the Indonesian idol Cynthia. All the teachers and students are supposed to attend this celebration. For this reason all school extracurricular activities at school such as basketball, Martial art, Football and English Sunday meeting will not be done for that day.Principal,Zikry Phatony SS, M.Pd3. What did the school do to celebrate its anniversary?A. To hold a special bazaar.B. To have a martial art competition.C. To do all extracurricular activities.D. To highlight all events well.4. The school did not have all the extracurricular activities on that day because ….A. the sport hall would be used for the celebration of the school anniversaryB. all students had to attend the bazaar and buy everything sold in the eventC. there was an attractive music show performed by all students of the schoolD. nobody was interested in playing basketball in the sport hall that dayRead the text to answer questions number 5 and 6.5. What is the text written for?A. To describe the danceB. To retell about the fundraisingC. To inform someone about the danceD. To invite somebody to a fundraising even6. What should we do to make a confirmation?A. Contacting the United Dance Association.B. Coming to the event before Wednesday.C. Calling 661.333.1234.D. Paying USD 50Read the text to answer questions number 7 to 8.

A. To meet Bertha for lunch on Friday.B. To complete the project by Friday afternoon.C. To apologize for not being able to meet Adam.D. To guarantee that the project could be done.28. Who could not have lunch together on Friday?A. Adam Jordan.B. Bertha.C. Terry Smith.D. Adam and Bertha.Read the text to answer questions 29 to 32.It happened one weekend while I was at the fairground. I was with my friend Sarah and we were both really excited. The flashing lights and bright colours made everything appear magical. We were having a great time and we had been on most of the rides when Sarah pointed to the big wheel. The sign said “$1 for a two-minute ride”.At first I wasn’t sure, but Sarah had been on it before. “It only takes two minutes,” she said. “Come on- it’s a really thrilling ride!” A minute later we were in the air. It was like flying! “This isa mazing!” I shouted happily to Sarah.Then suddenly, there was a loud crash and everything stopped. I was really frightened! Sarah held my hand tightly because she was worried, too. We looked down and saw two mechanics. “Don’t worry,” they shouted. “It won’t take us long to fix it!” So we waited…and waited! At first we were amused. Everyone was running around below us. After a while though, it became scary up there.Two hours later, the wheel finally started to move again. I was so happy. It had been a long tiring evening. That two-minute ride had turned into a two-hour nightmare!29. How did the writer feel at first?A. Happy.B. Confused.C. Afraid.D. Amazed.30. What does paragraph 3 tell?A. Their feeling in two minutes.B. The beginning of the big wheel accident.C. How the writer overcame her fear.D. How the mechanic fixed the big wheel.31. What does “they” in “they shouted” refer to?A. The writer and Sarah.B. Everyone below us.C. The big wheel passengers.D. Two mechanics.32. What does the writer mean by “$1 for a two- minute ride ”?A. It is very quick.B. It is very fun.C. It will not kill.D. It is expensive.Read the text to answer questions number 33 to 36.33. What is the message about?A. A sick grandmaB. A delay of an activityC. A Working projectD. A great plan34. Dinda can’t come to Mira’s house, because .…A. the project has not planned.B. she has to work in the hospital.C. her grandma is sick.D. Dinda must be hospitalized.35. From the message above we know that …A. Dinda and Mira have to work together on their project.B. Dinda’s grandma involves in the project.C. Dinda and her grandma will meet Mira at the hospital.D. Dinda expect Mira to stay in the hospital with her.36. Who could not have lunch together on Friday?A. Adam Jordan.B. Bertha.C. Terry Smith.D. Adam and Bertha.For number 37 to 39 complete the following paragraph with the correct words.I live on a street called Hillstar. It is a beautiful street where each house seems to stand on its own little hill. There are trees literally everywhere. My house is orange in colour with a lot of flowers in the yard. You can find it easily.The living room is the first room when you (44) … the house. This room is very big, filled with lively furniture. There are (45) … soft tan leather couches, colourful rugs on the wood floor, and a large display case with pictures and books. The house has also enormous windows that (46) … the day will let as much sunlight come into the room as it can37….A. letB. enterC. comeD. accept38.….A. tastyB. lusciousC. deliciousD. comfortable39….A. onB. overC. withD. during40. Arrange the following words into a correct sentence.Friend – the – running – who – girl – best – is – my – is1         2           3           4         5        6      7     8     9A. 8 – 6 – 1 – 9 – 2 – 3 – 5 – 4 – 7B. 8 – 1 – 9 – 2 – 3 – 5 – 4 – 7 – 6C. 2 – 3 – 5 – 4 – 9 – 8 – 7 – 6 – 1D. 2 – 5 – 4 – 9 – 3 – 7 – 8 – 6 – 1 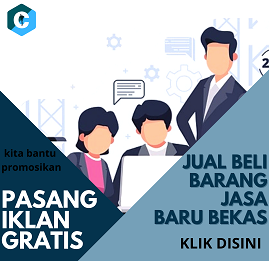